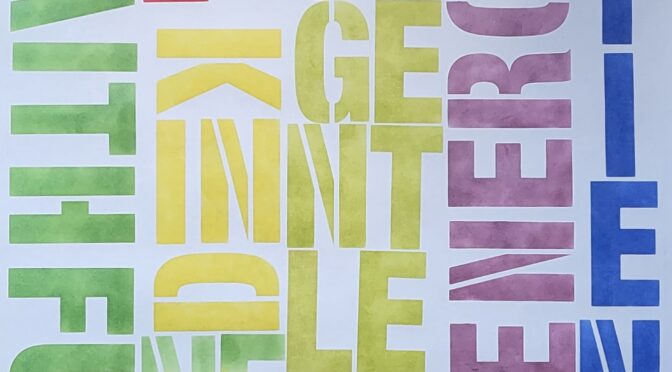 Our worship on Sunday begins at 10.30am and will be followed by fellowship in the hall, we invite you to join us if you can.

One of the readings on Sunday is from the letter to the Hebrews.

Faith shows the reality of what we hope for; it is the evidence of things we cannot see. Through their faith, the people in days of old earned a good reputation. By faith we understand that the entire universe was formed at God’s command, that what we now see did not come from anything that can be seen.
It was by faith that Abraham obeyed when God called him to leave home and go to another land that God would give him as his inheritance. He went without knowing where he was going. And even when he reached the land God promised him, he lived there by faith—for he was like a foreigner, living in tents. And so did Isaac and Jacob, who inherited the same promise. Abraham was confidently looking forward to a city with eternal foundations, a city designed and built by God. It was by faith that even Sarah was able to have a child, though she was barren and was too old. She believed[a] that God would keep his promise. And so a whole nation came from this one man who was as good as dead—a nation with so many people that, like the stars in the sky and the sand on the seashore, there is no way to count them. All these people died still believing what God had promised them. They did not receive what was promised, but they saw it all from a distance and welcomed it. They agreed that they were foreigners and nomads here on earth. Obviously people who say such things are looking forward to a country they can call their own. If they had longed for the country they came from, they could have gone back. But they were looking for a better place, a heavenly homeland. That is why God is not ashamed to be called their God, for he has prepared a city for them.

Every body has some type of faith, people have faith in many different things, when we switch on a light switch we have faith that we will have light, and if we don’t we have faith that a new bulb to replace the old one will produce the light.  We have faith when driving through a green traffic light that someone won’t be ignoring the red one in the other direction, and if you have seen the way some other people drive then that is faith.  We have faith that when we turn on the tap water will come out, everyone places his or her faith in something or someone.  The humanist put his faith in himself, a pious person in his or her own good works. None of these can save, because in each case the object of faith is wrong. Our faith is only as good as the object in which we place our faith.  True faith is simple obedience to and believing God’s word in spite of circumstances or consequences. Faith is described in a two-fold way. It is the “substance of things hoped for,” and “the evidence of things not seen.”

We can’t see faith, we can’t touch it, or smell it, or taste it, but we can know it through the actions of others and others can know it through our actions. Love, joy, peace, patience, kindness, generosity, faithfulness (which is different to faith), gentleness, self control.

Where to find us

United Diocese of Glasgow and Galloway

Our priest, Revd Kirstin Freeman, was appointed the Diocesan Makar by +Kevin in 2021.

Makar is a Scottish term most commonly used for a poet, but can also include wider artistic sensibilities.   On the GodArt@HolyName page you can see some of the temporary art installations that have appeared in Holy Name since her arrival.  At the link below you can keep up with her latest poetry.

Makar of the Diocese of Glasgow and Galloway | Facebook

The Scottish Episcopal Church in Cumbernauld