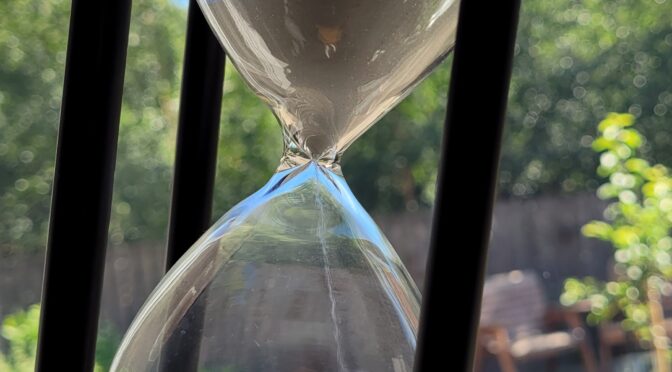 Our worship begins at 10am and we invite you to join us for worship and fellowship in the hall afterward. Please feel free to come to either/or/both.

For the second week in a row our Gospel reading contains warnings from Jesus about time and how we perceive it. Indeed the whole Bible contains such warnings. Our understanding and construct in time, might suit us for living amongst others and not causing confusion as to when things are happening, however for God time is very different. Often, we can read, of people dismissing God because they think something or other isn’t of God’s time. Or because something is inconvenient for them it can’t be God. Or pushing the time for God aside because something else has come along.

“I came to bring fire to the earth, and how I wish it were already kindled!  I have a baptism with which to be baptized, and what stress I am under until it is completed!  Do you think that I have come to bring peace to the earth? No, I tell you, but rather division!  From now on five in one household will be divided, three against two and two against three; they will be divided: father against son and son against father, mother against daughter and daughter against mother, mother-in-law against her daughter-in-law and daughter-in-law against mother-in-law.”

‘Where have you been?’ Is a cry uttered by many a distraught parent when the time has passed for a child to return home. I sometimes wonder if God cries it out too. The world is in a mess which just seems to be growing in its size and complexity week upon week. Yet we still muddle through, not wanting to upset people, or cause a stir, or shake some sense into certain individuals. Yet we ignore things at our peril, we are in grave danger of time running out as we keep putting things off. Only a fool now doesn’t see there is an ecological disaster round the corner, yet as we worry about rising fuel cost we seem more concerned with how to pay the bills than how to reduce our consumption. As saying goes, you have to break an egg to make an omelette. Maybe we need to get on with the breaking so we also then have time to mend, before all the sands have run out.

Where to find us

United Diocese of Glasgow and Galloway

Our priest, Revd Kirstin Freeman, was appointed the Diocesan Makar by +Kevin in 2021.

Makar is a Scottish term most commonly used for a poet, but can also include wider artistic sensibilities.   On the GodArt@HolyName page you can see some of the temporary art installations that have appeared in Holy Name since her arrival.  At the link below you can keep up with her latest poetry.

Makar of the Diocese of Glasgow and Galloway | Facebook

The Scottish Episcopal Church in Cumbernauld